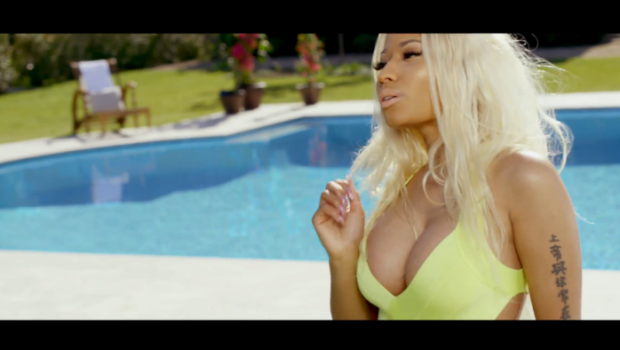 [Verse 1: Nicki Minaj]
He said he came from Jamaica
He owned a couple acres
A couple fake visas cause he never got his papers
Gave up on love, fucking with them heart breakers
But he was gettin’ money with the movers and the shakers
He was mixed with a couple things
Ball like a couple rings
Bricks in the condo
And grams to Sing Sing
Left arm, baby mother tatted
5-year bid up north when they ratted
Anyway, I felt him, helped him
Put him on lock, seat-belt him
Took him out to Belgium, welcome
Bitches this pretty, that’s seldom
This box better than the box he was held in
I’m Momma Dee in that order
I call him Daddy like daughters
He like it when I get drunk
But I like it when he be sober
That’s top of the toppa
I never fuck with beginners
I let him play with my pussy then lick it off of his fingers
I’m in the zone

[Verse 2: Lil Wayne]
She got a nigga at home
And one on the side
Best friend is a dyke, they fucked around a few times
Her and her momma alike, so all they do is fight
I tell her make me some money, she tell me make her a wife
I tell her, “bitch, you crazy.
Fuck wrong with you?”
And excuse my french, but I’m a long kisser
And then she try to tell me I’m the only one that’s hittin’
And I say, “What about them niggas?”
She say, “What about them niggas?”
You right, what you doing tonight?
Put on something tight
Don’t judge me, I get life
She love me like a brother
But fuck me like a husband
Pussy like a oven
Too hot to put my tongue in
All I had to do is rub it
The genie out the bottle
Pussy so wet, I’ma need goggles
She tell me that’s it’s mine
I tell her stop lying
Mine and who else?
She say worry ‘bout yourself
Lil Tune

[Outro: Nicki Minaj]
I know you want it, boy
I see you tryin’
Just keep on pushin’
I’ma let you slide in
Just close your eyes and
This horizon
It’s ready, come get you some
Yeah, yeah, yeah, yeah